Week of Prayer 2015 Ends With Baptism 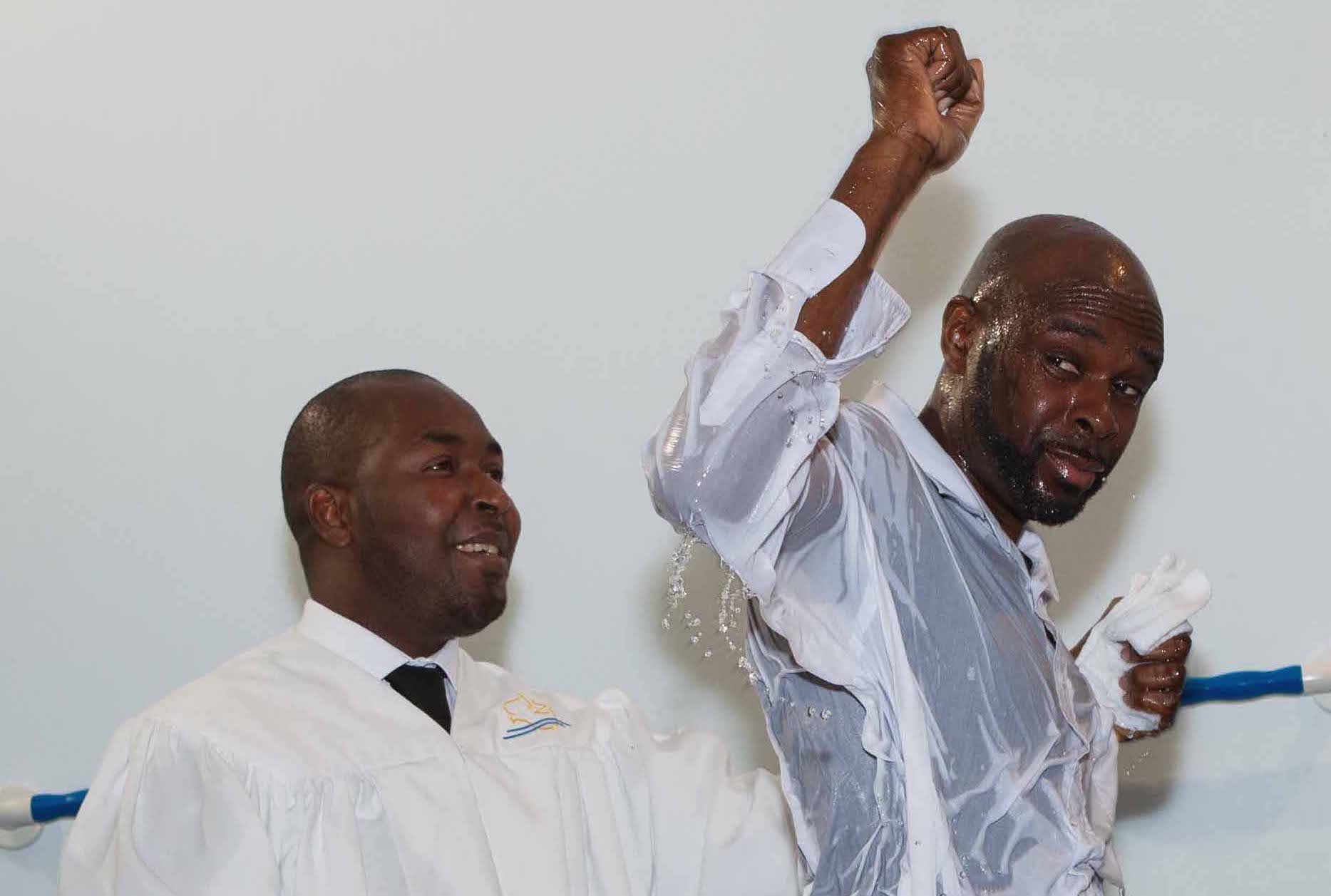 Baptisms are always a joyous occasion and last Sabbath our annual Week of Prayer services came to an end with several more persons being baptised. We at Lewisham Adventist Church were blessed to welcome another four members to our congregation, and the baptismal service bore testimony to this jubilant feeling. Spirits were high and there was a feeling of happiness as the special service to symbolise the new members' acceptance of Jesus proceeded.The Week of Prayer is an initiative by the General Conference of Seventh-day Adventists whose aim is to highlight the need for prayer in every member's life and to draw them into an atmosphere where they can specifically take time out to pray. Special devotional readings are released for presentation daily at the churches. This year we were blessed to have eight of our local speakers deliver the readings, and this is somewhat different from previous years, where we've often had speakers from other congregations or even other countries come to preach to us. It was refreshing to have our own 'home talent' present the messages as this allowed us to hear the word of God from familiar voices and people who know the needs and circumstances of the local congregation. The week's preachers put their own individual mark on the messages which had titles such as "Power to Finish the Work" and "The Great Controversy Ended". The powerful and uplifting presentations were well received nightly by the congregations.From Sabbath November 7 to the next week, November 14 there were services every night during the week where the members came out not only to hear the presentations but to engage in the main focus of the week: prayer. Each night there were several 'seasons' of prayer where the congregation was invited to prayer; sometimes individually, sometimes in groups of two or three and at times with someone they'd never met or prayed with before. The aim was to take part in a part of spiritual life that is sometimes forgotten in lieu of other aspects of services of our lives. To have an entire week of services where prayer was the focus was a refreshing change.The emphasis on prayer and good, spiritual sermons were not the only things that were appreciated during the week. On Sunday, the second say of the special week, we met at 7:30am instead of 7:30 in the evening. While this was possibly a little earlier than most folks would have preferred to be up on a Sunday morning, it gave the attendants an opportunity to spend some quality time, not only with God in worship, but in fellowship and social time with their fellow members. The morning's reading was followed by a hearty and tasty breakfast that was well received!Skipping forward to the last day of the special week's services, Sabbath November 14 finished off by Pastor Otis Lewis preaching a sermon centred on what will happen when the "Great Controversy" between Christ and His enemies is over and God ushers in a new era that is set to last forever. The evening's service was the baptism where Lewisham members, friends, family and acquaintances of the baptismal candidates were all jubilant, knowing that so many persons had chosen to give their lives to God that day. So, we look forward to the next baptism and welcome our new members to the fellowship at Lewisham Church.[envira-gallery id="671037"]

JAM is back feeling all fresh and revived but with a new name NXTGen. It was well worth the wait. The rebirth was 13th May 2022. They came from the south, the north, east and the west. New faces and old, it was great to see our young people out ready to give their praises and worship to the Lord.